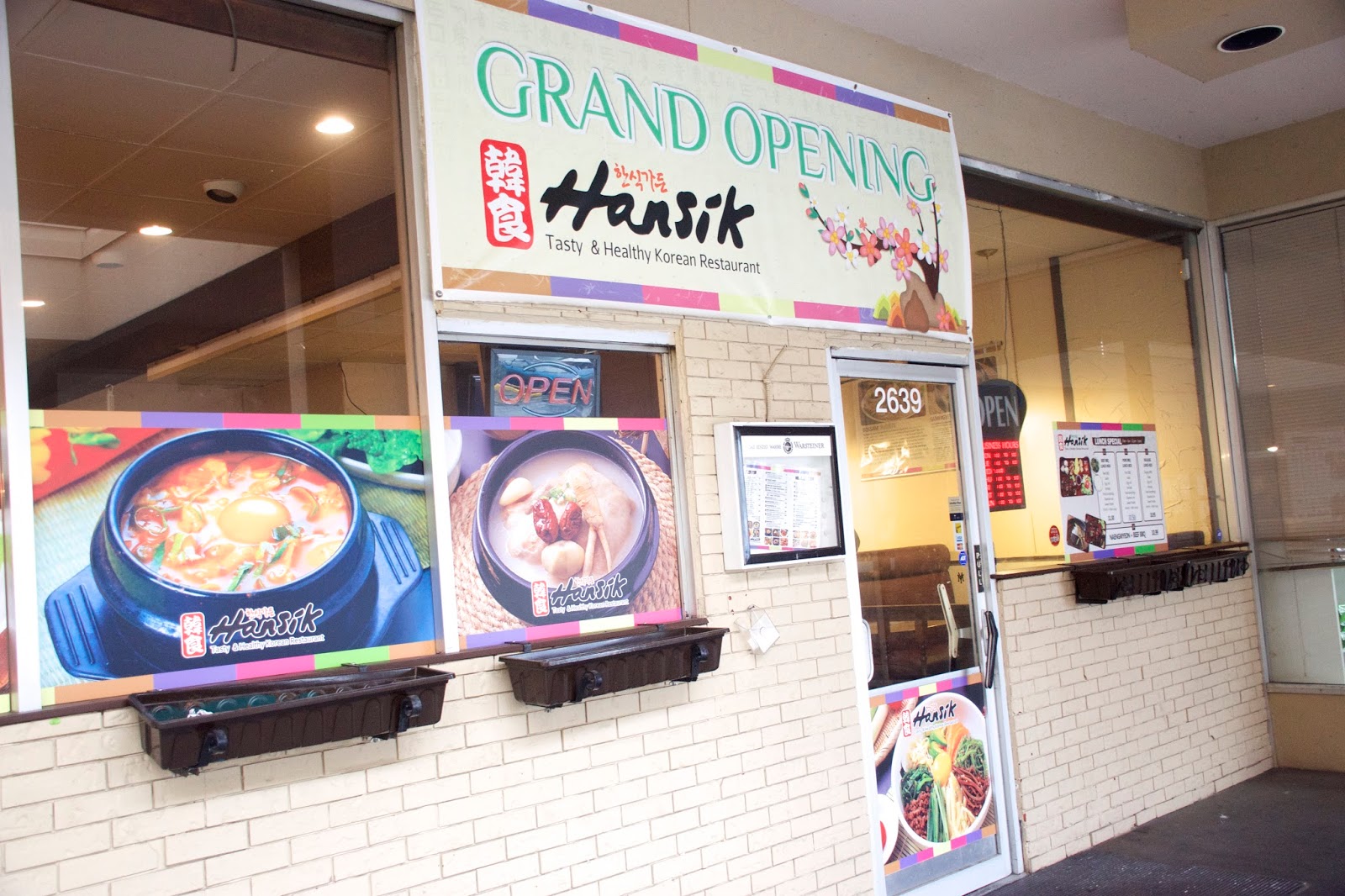 Yesterday I was craving Korean food, and I found this hidden gem located in Killarney plaza, of all places! They're located in the same plaza as Mt.Fuji Sushi, Pho Real (lol at the name), and Yu Kee BBQ Kitchen! I actually had trouble finding it haha, because it's tucked away in the corner beside Killarney market, so you really have to look for it!

On an unrelated note, I'm featured on Yelp's newsletter about grilled cheese this week LOL! You know I lovee my grilled cheese! ;) But you have to be subscribed to their newsletter or else you can't see it haha.


SIGNATURE DISHES
Hansik is a small Korean restuarant specializing in Korean home style food! Their signature dishes are their sundubu tofu soup and their depop dishes! Most people order their lunch bento boxes, which are all under $12! Their bimbimbap is different from other restaurants, they give you the rice on the side, and they don't serve it to you in a stone bowl!

SERVICE 3/5 stars
There was only one server in the restaurant, serving customers and taking orders. A middle aged man, polite, and softspoken. He took my order promptly and the food arrived 10 mins after I had ordered!

AMBIANCE - Casual
The restaurant is mostly dark brown, with simple decor. They have separate booth seating that sits above ground level, against the walls. The restaurant is rather small and can only seat about 30 or so people.

PRICE - $/$$/$$$
The lunch special combos are awesome and super cheap! Their box lunch specials are $10 and you have the option to get beef, pork, or bulgogi! The combos come with salad, egg rolls, kimbab,dumplings, steamed rice, sweet potato, kimchi, and miso soup on the side!

They also have separate lunch entrees that go for around $8! They also have some larger portioned "senior" and "junior" specials which are around $10-12. If you're in a group, they have group combos which range from $34.95-63.95 which takes the guesswork out of ordering!

The portion sizes are really large, and great value for the money! Where else are you going to find decent Korean food for under $10? Considering how expensive Korean food is in Van, this place is  a great deal! Everything is made fresh, and you can really tell that they put effort into the dishes. 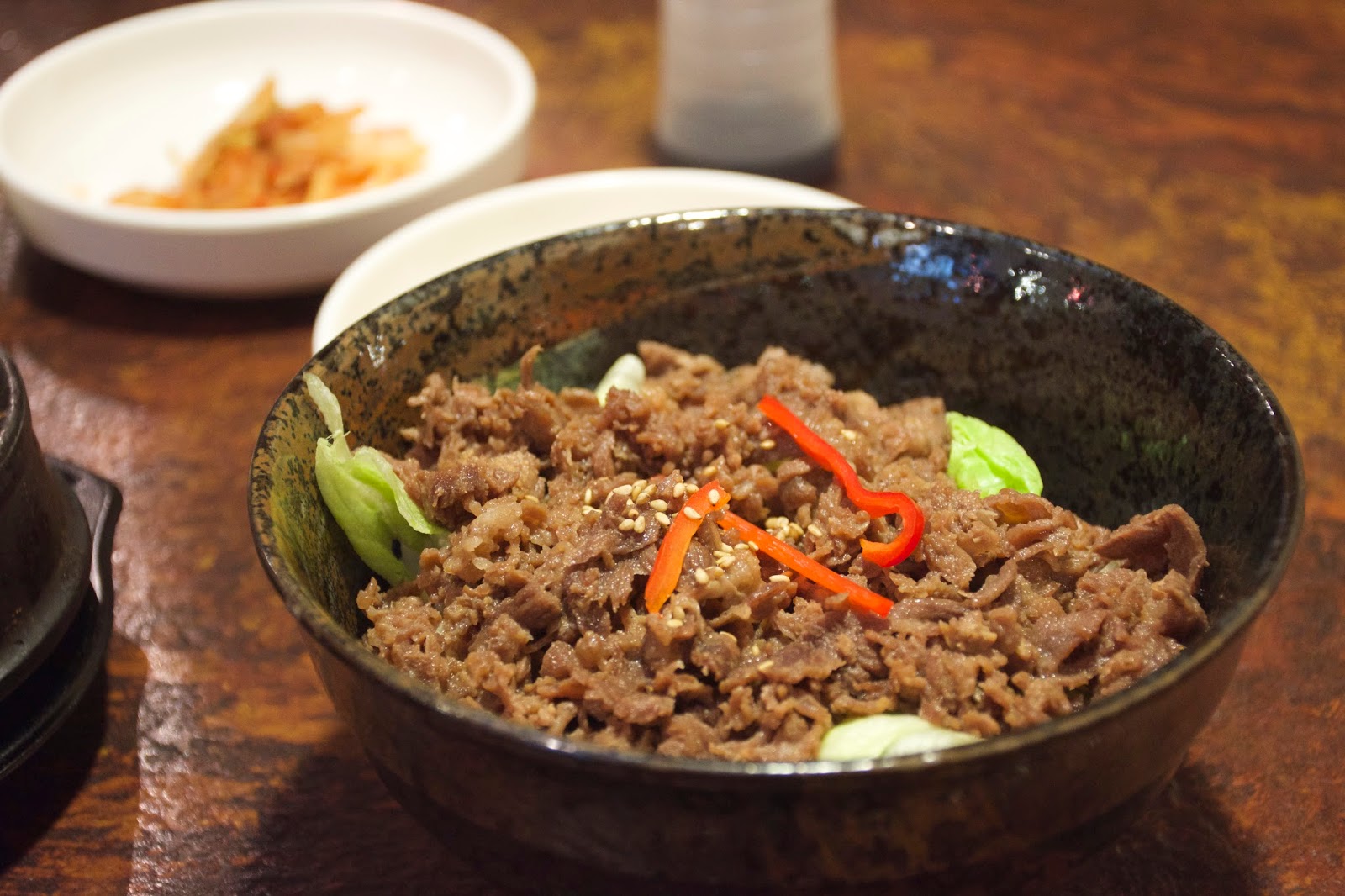 Bulogogi Seniors Combo w/ Sundubu $9.99
3.5/5 stars
Wowerz, this was a great deal! For a mere $10 you can a huge bowl of bulogigi w/ rice and a mini sized sundubu!You have the option to get pork, chicken, or beef! The beef was really moist, well flavoured, and large portioned. There was also plenty of moist rice on the bottom! 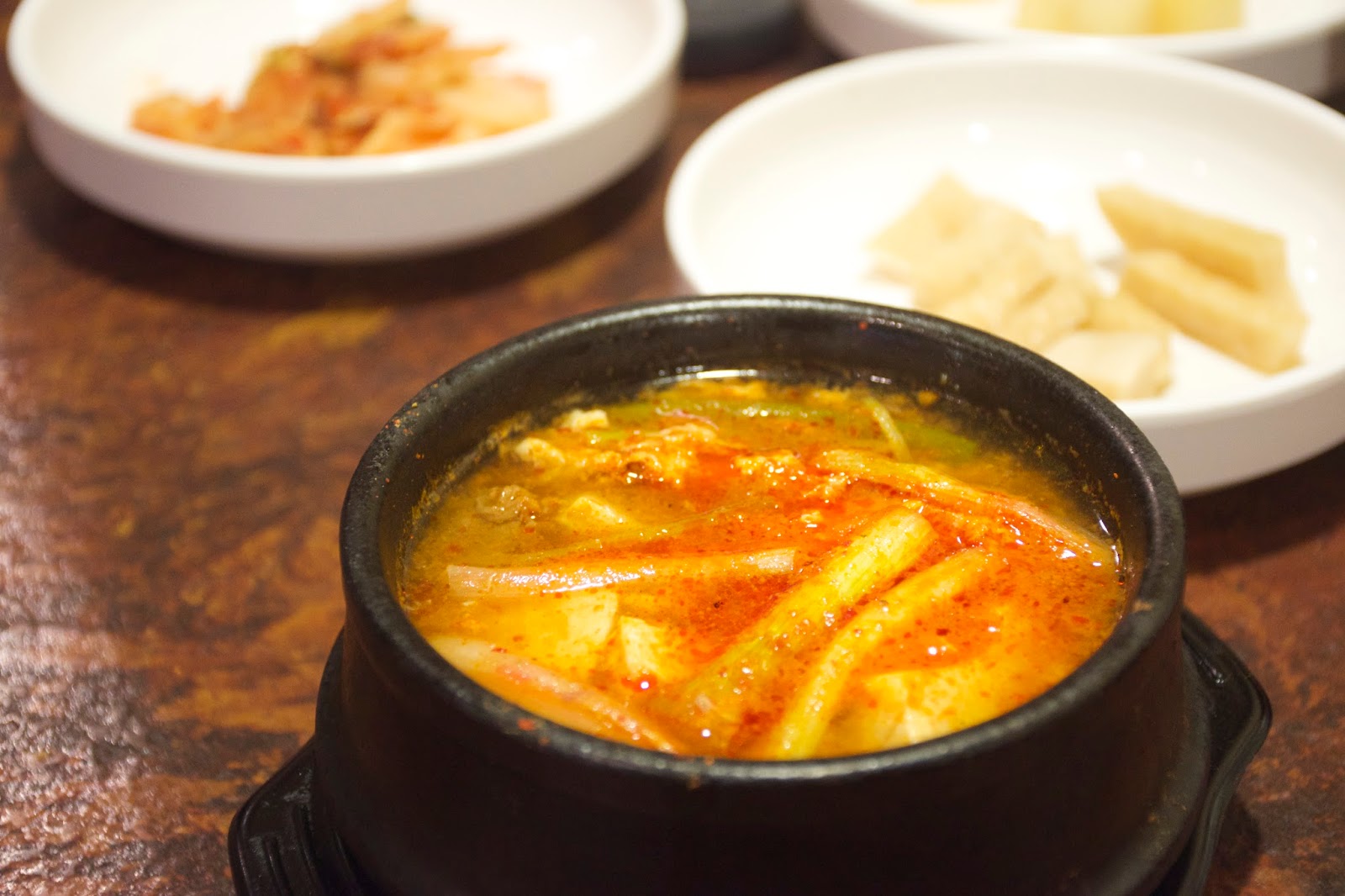 Tofu Soup w/ Pork & Seafood
2/5 stars
My favourite place for Korean sundubu is House of Tofu Soup (in Richmond!) In comparison, this version was definitely notches lower. The soup itself was a bit bland, and lacking in depth. It wasn't all that spicy either. However I appreciated the fact that there were actually 6 pieces of shrimp in it! The tofu chunks were plentiful, soft, and just the right texture. 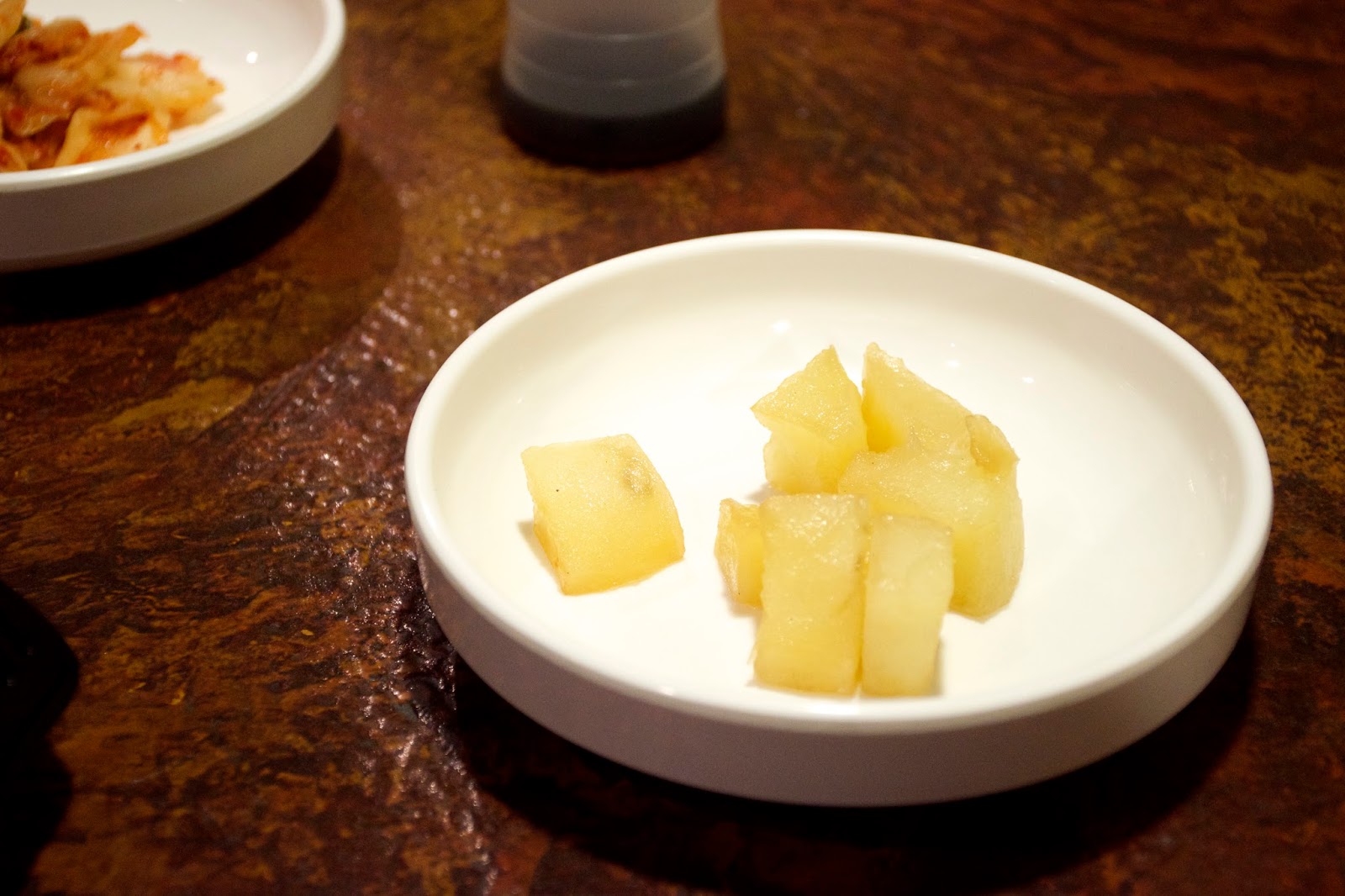 Sweet Potato Banchan
3/5 stars
As with most Korean restaurants, I got some free banchan on the side! The sweet potatoes chunks were soft, moist, and glazed with sweet syrup. 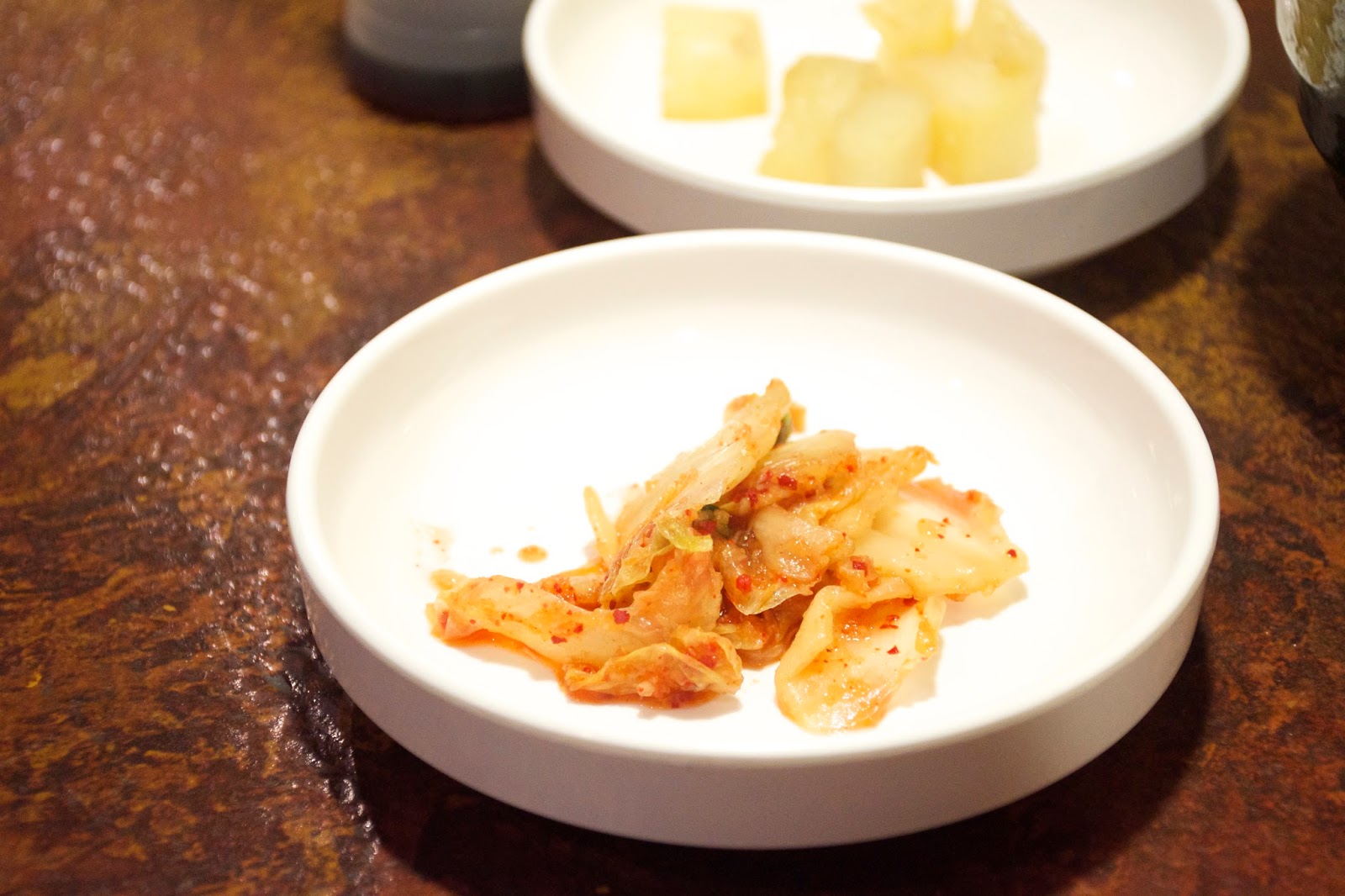 Kimchi
3/5 stars
The kimchi was crunchy, well seasoned, but not that spicy. It was more sour than spicy really. I still liked it though! 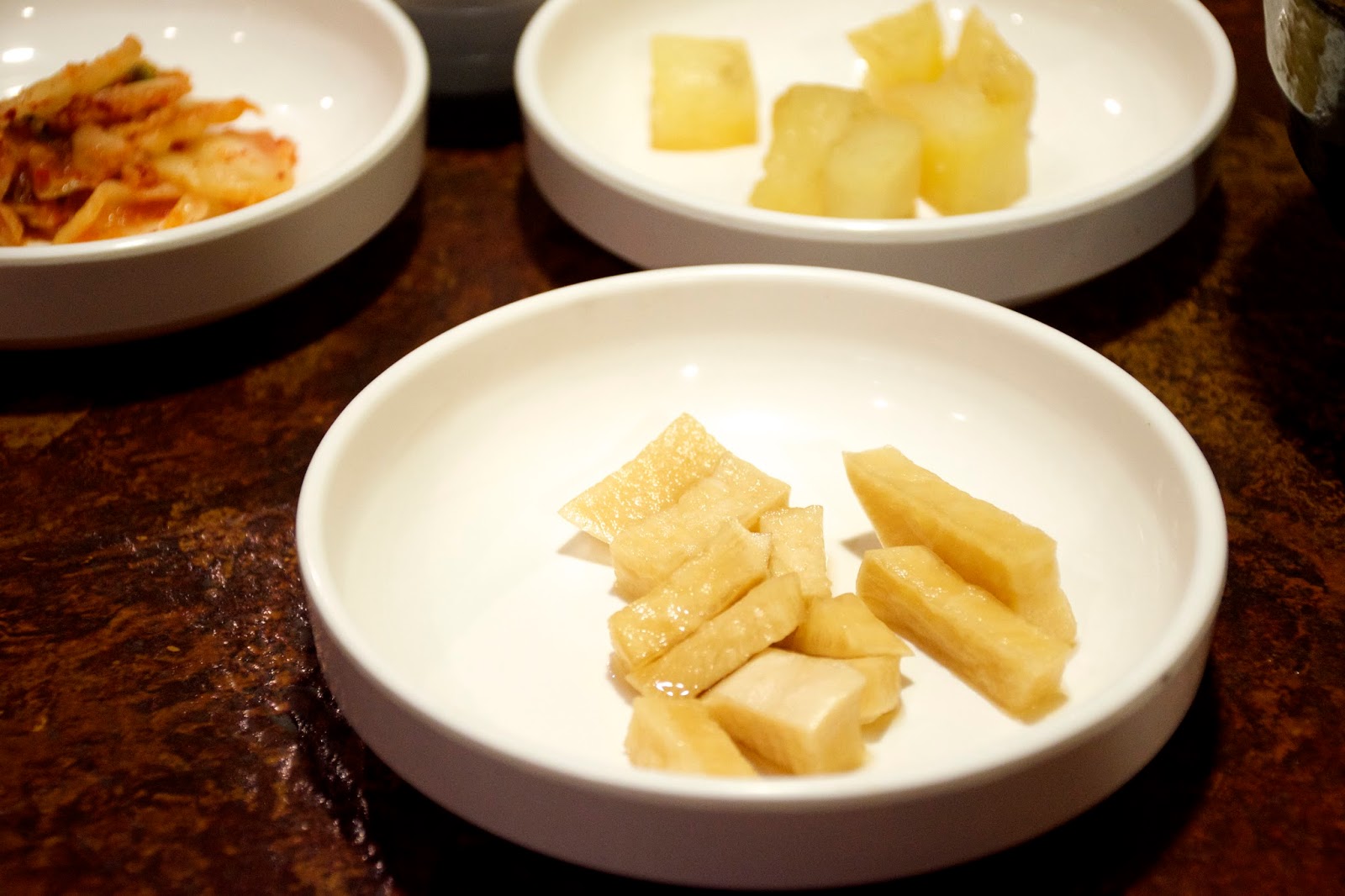 Radish
3/5 stars
This was my favourite banchan dish out of the three. The radish was sour, sweet, and super crunchy! It was a nice palate cleanser from the spicy flavours of the other dishes. 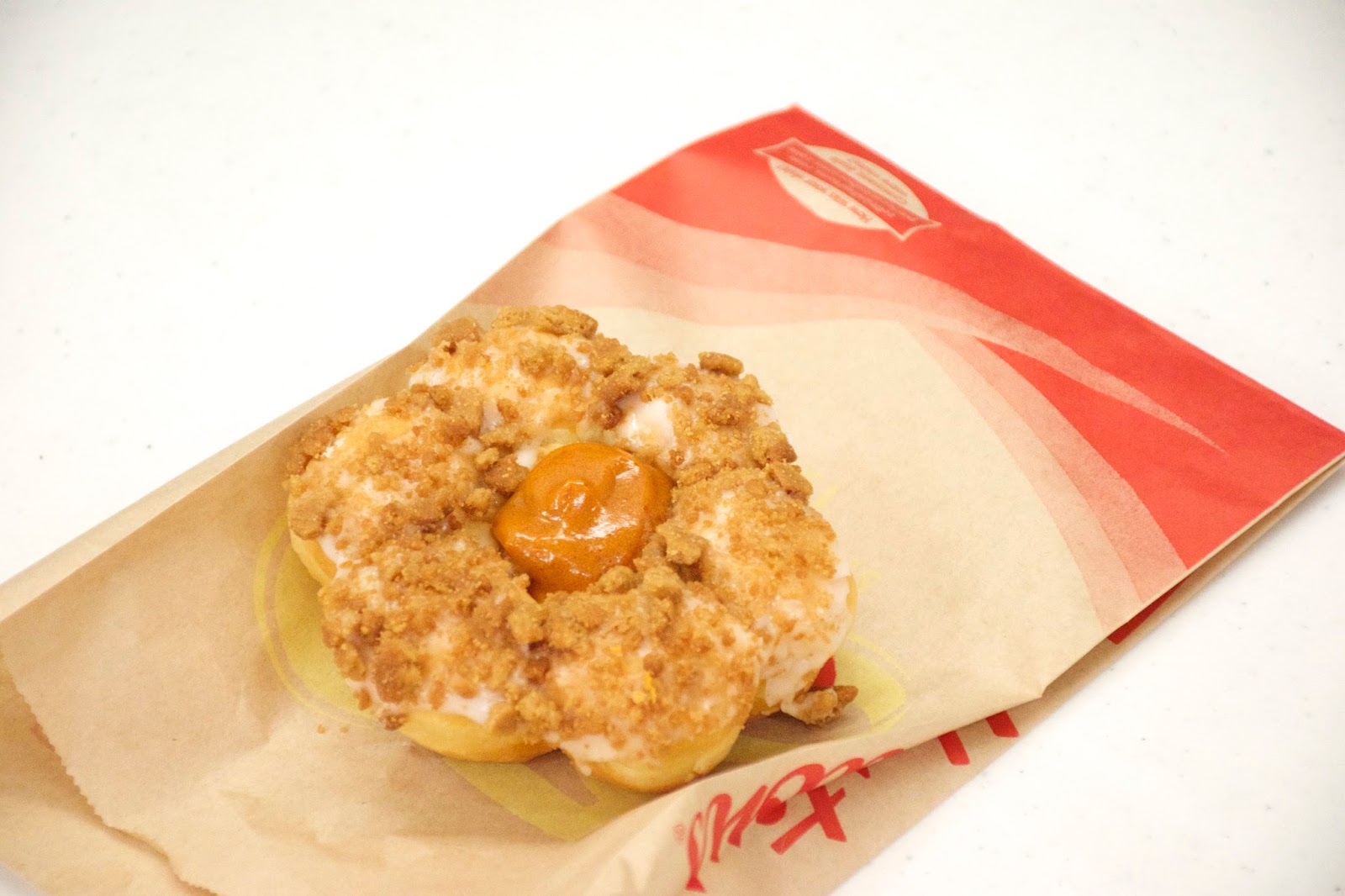 This is what I ate for breakfast that day LOL...Timmy's just came out with their new Spiced Pumpkin donut! I got the last one that they had for the day hehe! ;)

Overall,  Hansik offers up decent korean homestyle food at unbeatable prices! Even if you're really hungry, one of their lunch combos should easily suffice to ward off your hunger for a few hours! They're sundubu is especially comforting on a cold, rainy day!