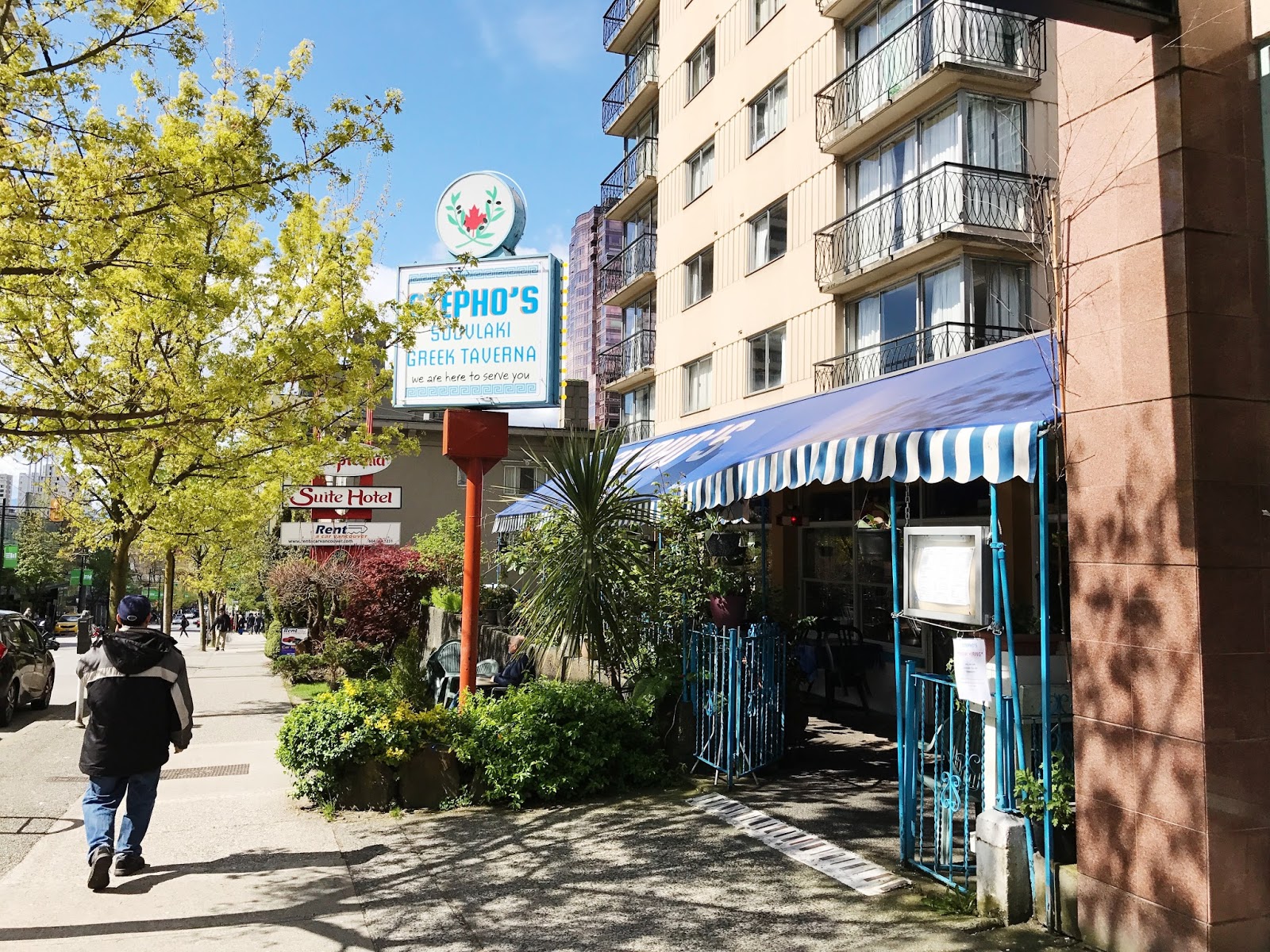 Hello, dear readers. It's been a turbulent few weeks for me. I've been going through a few health-related issues, as well as some personal ones. Not going to delve into the details but this month has been especially difficult.

The only thing that keeps me going? The promising weather, my rotation of 33 new lipsticks, food (both literally and figuratively.)

In between trying to keep my health in check, I've eaten one too many avocado rolls, gone on one too many Whole Food runs (what else is new) and developed a strange affinity for pad thai in the process (it's become an almost daily thing now.)

Travelling is still on the agenda, so I have that to look forward to. Most likely Hong Kong, Taiwan and Macau in July?

Anyways, on one of the first sunny days of the year, Jeremy and I headed out to Stepho's on Robson for a late lunch. We overheard the table next to us talking about going to Snowy Village after (funny because we were planning on doing the same thing; we did.) And yes, this entailed me sitting idly by whilst Jeremy buried his face in a mountainous pile of mango bingsoo (such is the life of someone with a dairy allergy.) 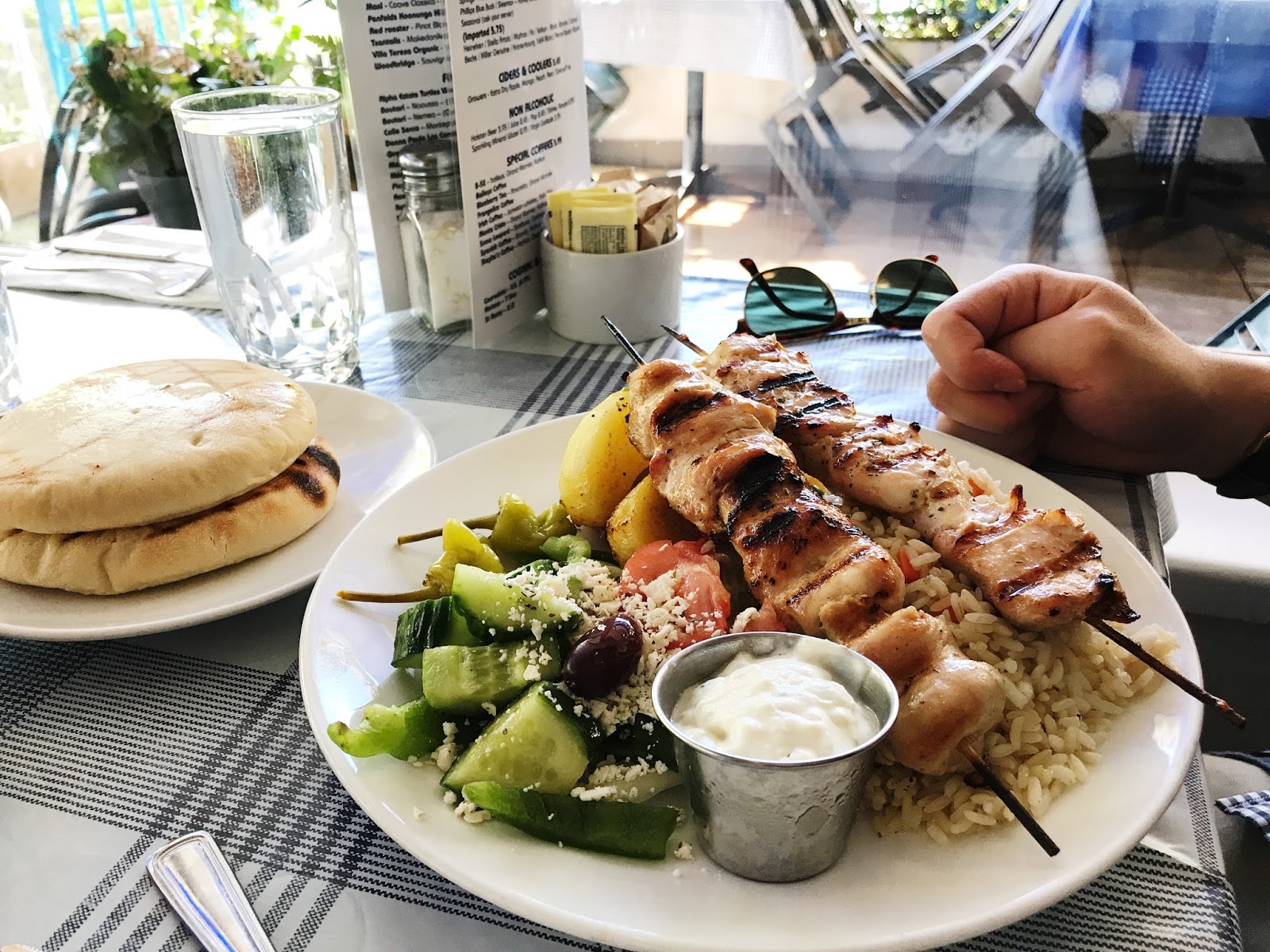 Ample portions at reasonable prices is what Stepho's is known for. Amazing greek food it is not, but Stepho delivers what one expects, which is enough of an incentive for many.

The chicken was nicely charred with a noticeable smokey flavour. The rice was far from bland, and the potatoes were quite good too. Coupled with the pita, this made for a really filling meal! 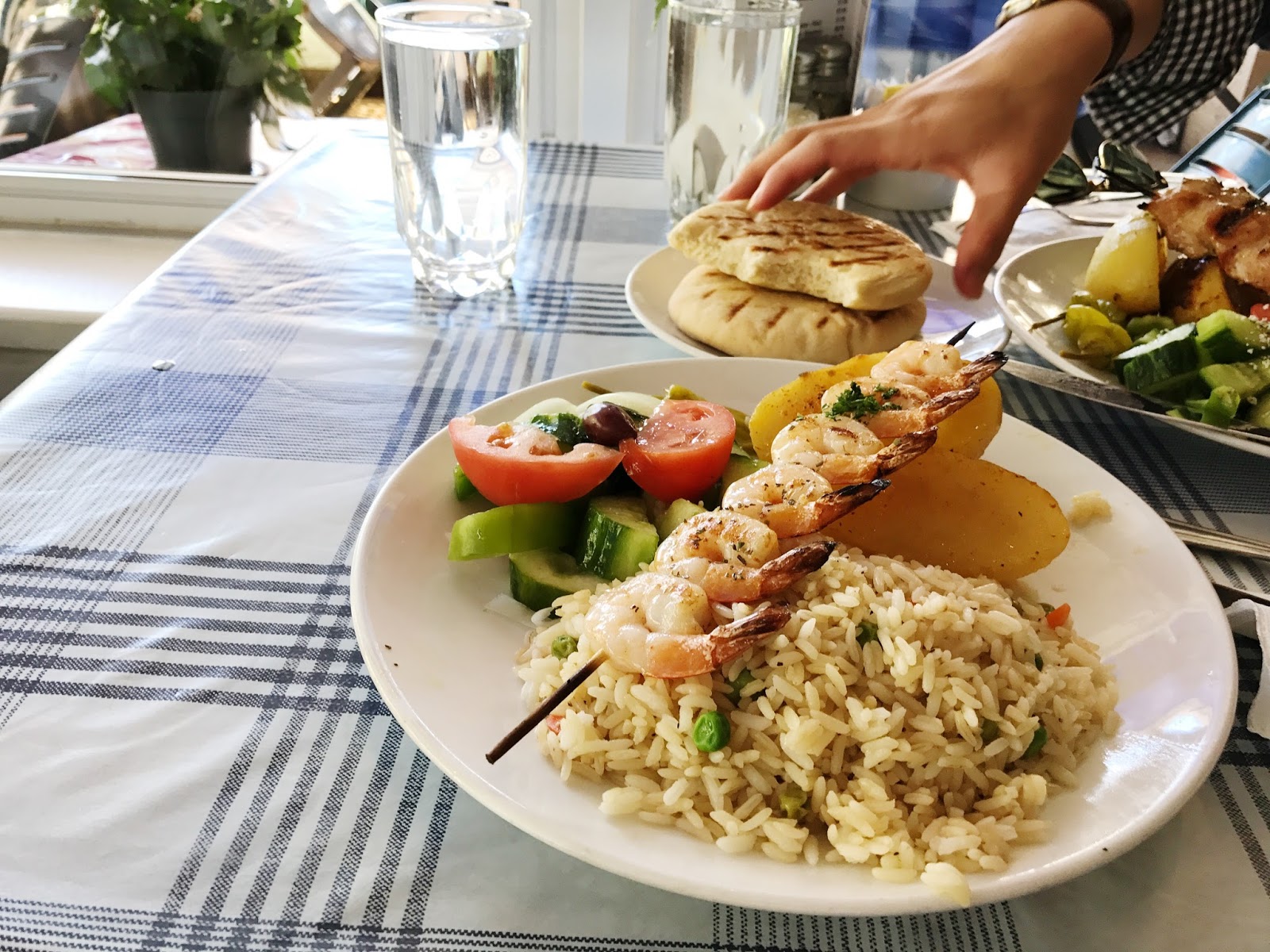 I ordered the shrimp souvlaki, which was similarly tasty and rendered with charring on top. I probably should have ordered the large size...since I couldn't have the pita, I was still pretty hungry after! 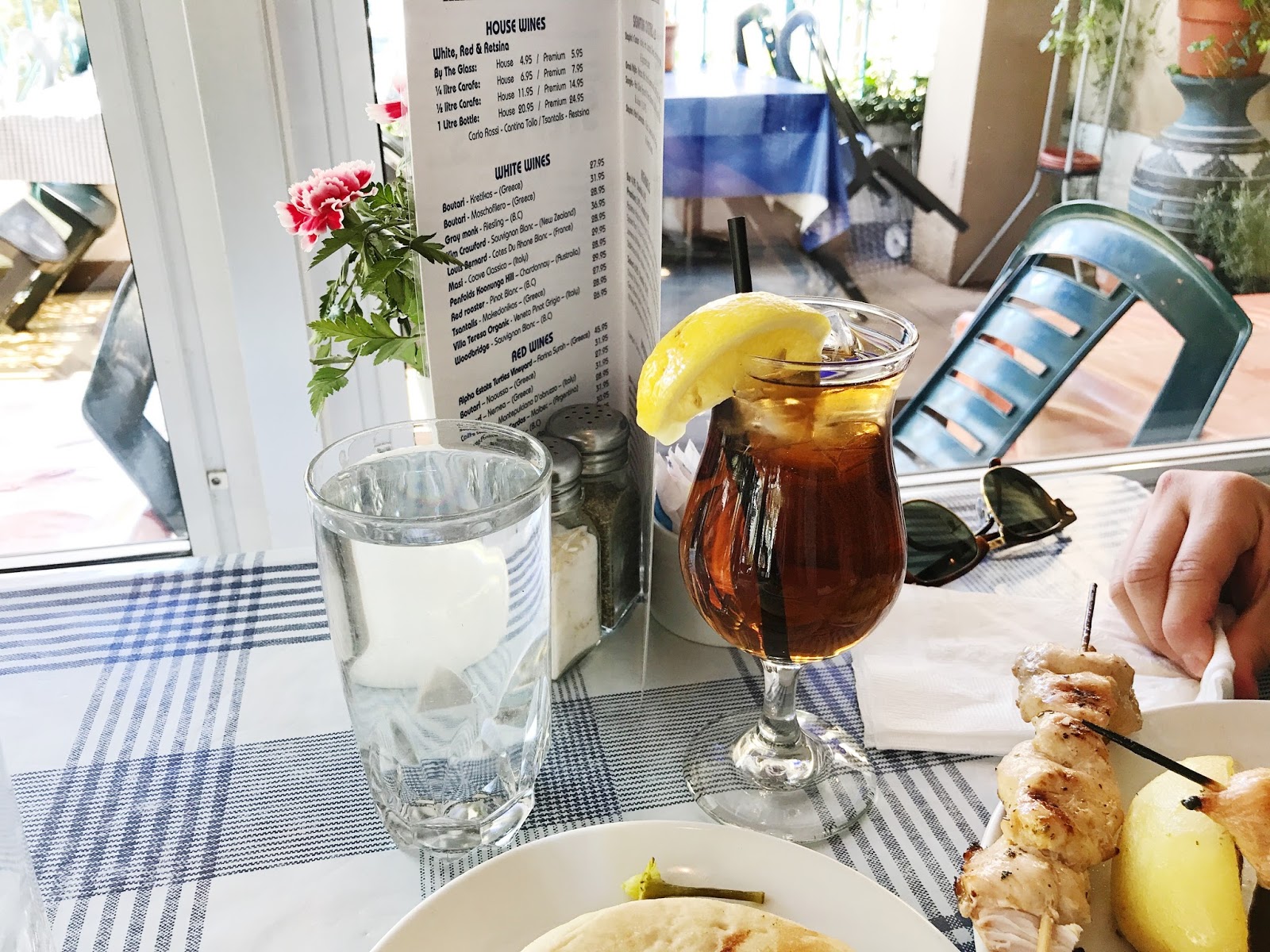 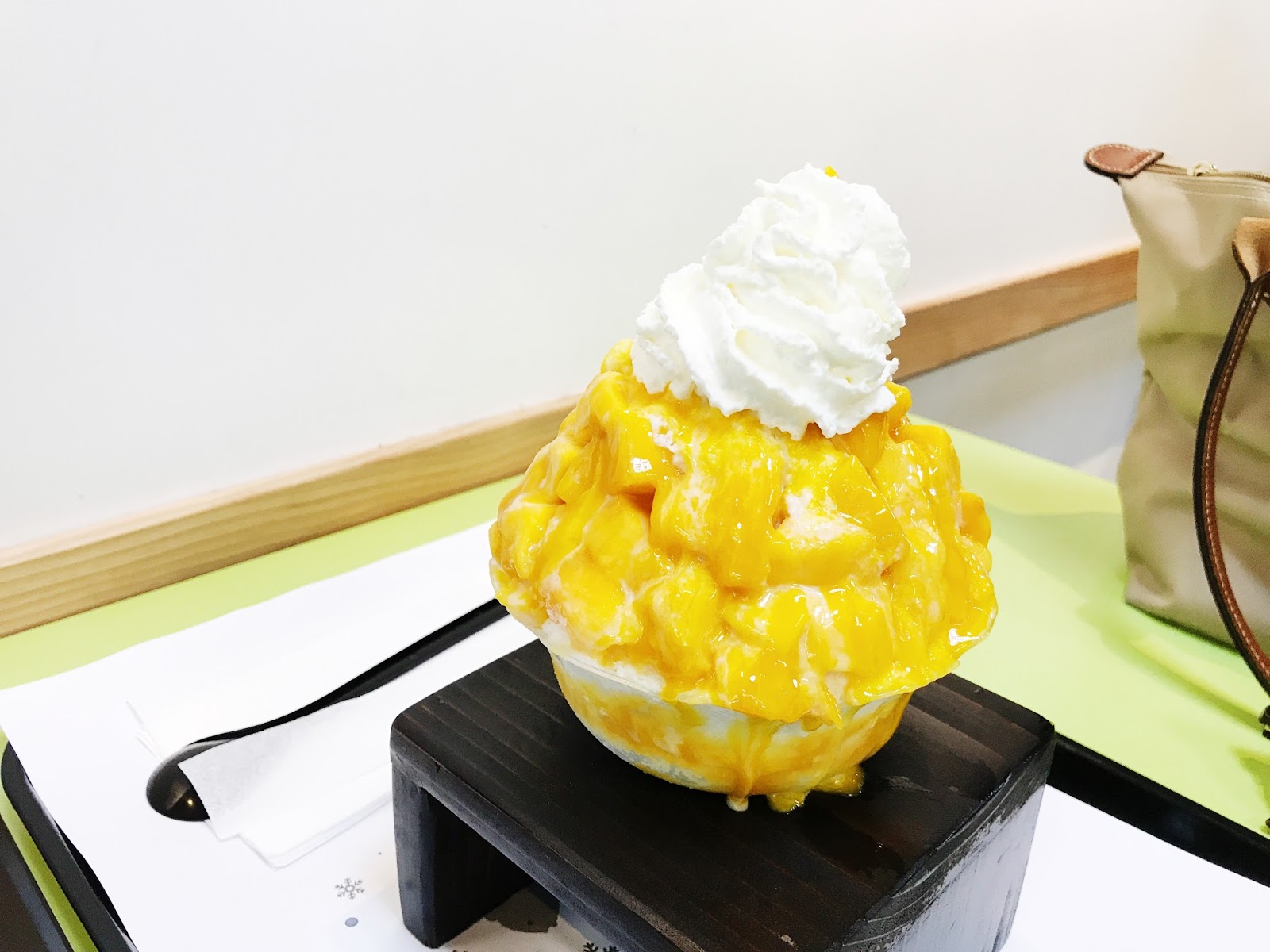 Jeremy's mango bingsoo from Snowy Village!
...the deprivation was so real.